Three card poker is a fun and exciting card game played with a standard deck of 52 cards and is often described as a cross between blackjack and poker. This variation of poker is a fairly new invention, created by Derek Webb in 1994 it has gone on to be a favourite table game at both land-based and online casinos.

It’s a lot simpler to play than traditional poker and you play against the dealer rather than other players. It has some big payouts and requires a little skill and strategy that can easily be learned. The house edge is somewhere in the middle not as low as blackjack or as high as roulette. Depending on how much strategy is involved in your gameplay the house advantage can be between 2% to 5%.

In this article, we are going to teach you how to play this popular game and give you some great strategies and tips so that you can keep that house advantage at its lowest.

How To Play Three Card Poker Step by Step

It’s really simple to learn the rules for three card poker. Each player is dealt with three cards followed by the dealer. After the players have decided to fold or bet their hands are measured against the dealers. The player will win if they have a superior hand. We will take you to step by step through all the rules, as well as the betting options and hand rankings. You can pick the game up in no time while there is some strategy involved; it won’t take long for you to master it.

We’ll discuss the rules for the land-based game here, the online game has the same rules with the main difference that there will be no other players involved, just you against a computer-generated dealer. There are also live dealer options you can play online and then you can play with a real-life dealer and other players just the same as at a regular casino.

3 card poker is played with a standard 52 card deck with the jokers removed. Unlike traditional poker games, you are playing against the dealer rather than the other players.

Each player taking part in the game has three circles in front of them. First is the Pair Plus bet circle, this is an optional bet and it can be played alone or as an additional side bet. When you make this bet you aren’t competing against the dealer you are wagering that you will make a ranking hand of a pair or better. The next circle is for the Ante and there is a third circle named ‘play’ or ‘bet’. To start the game you need to place a bet on the ante or the pair plus or on both the circles for any amount between the table minimum and maximum.

Once you have viewed your poker card hand you can choose to fold or to continue playing. If you don’t think you have a hand that can beat the dealer then you can fold and you will lose the initial wager that you placed on the ante. If you decide to continue playing you must place a bet on the play circle, this wager must match the ante wager. This, in reality, means that the minimum bet for 3 card poker is always double. If you initially wagered $5 on the ante then you would need to bet $5 on the play circle hence doubling your minimum bet.

Before the cards are dealt you have to place your bet, below are the betting options that will be available to you at the majority of 3 card poker games.

This is the standard wager and you place this bet to see your three cards. If you want to match your card hand against the dealers you must make a play bet which will be equivalent to your initial ante bet. You also have the option to fold and you will surrender your ante bet. You’ll receive an ante bonus payout for holding certain hand combinations.

This is a side bet and players can wager that they will make a hand of a pair or better. With this wager, you don’t need to take into account the dealer’s hand. This bet can be made in addition to the ante bet.Pair Plus Payouts

The six card bonus is an optional side bet that you can make, you will receive a payout if a combination of your cards and the dealers make up a hand of at least a three of a kind. If you take this wager and make a royal flush it pays out a massive 1000 to 1 but the odds of it happening is small with a probability of 0.0009%.

If you are familiar with traditional five-card poker you’ll see that there are fewer hand rankings for the 3 cards poker game making it an easier game to play and learn. Below are listed the hands from strongest to weakest.

Mini Royal Flush – This is the best 3 card combination you can get and consists of a Queen, King, and Ace all from the same suit.

Straight Flush – Three cards in sequence from the same suit, for example, 6, 7, 8 of Clubs.

Three of a Kind – Three cards of the same rank, for instance, 2 of Clubs, 2 of Diamonds, and 2 of Spades.

Straight – Three cards that run in sequence but from a mix of suits, such as 5 of Diamonds, 6 of Hearts, 7 of Clubs.

Flush – Any three cards of the same suit for instance 7, Jack, and 3 of Hearts.

Pair – Two cards both of the same rank, an example hand would be 6 of Diamonds, 6 of Clubs, and 4 of Hearts.

High Card – This is when you have three unmatched cards and is the lowest hand you can score with. So if you had a 9, 7, 3 your high card would be the 9.

All the online casinos listed on our site give you the option of playing three card poker for three. This is the safest way to learn to play without risking your bankroll. It gives you a chance to get to grips with the rules and if you make any rookie mistakes you won’t have risked any of your hard-earned cash! You can also test out the different side bets and experiment with different strategies. When you’ve mastered the rules you can move on to real money 3 card poker with the chance of walking away with impressive winnings.

Fold if you have a hand lower than Q-6-4

This is the tip that all experienced 3 card poker enthusiasts recommend. If you have a hand which is lower than Queen, Six, Four then fold if your hand is better then keep on betting. The reason why is that the dealer’s hand will only quality if it contains a queen.

Wise management of your money is essential if you want to stay the course. A good bankroll strategy is to wager with 1% of your total bankroll for each hand you play. This means you stay in the game for longer so you get more time to enjoy it and it gives your small wins a chance to build up.

When you play three card poker online you have the convenience of playing anytime you feel in the mood for a game from any device that has access to an internet connection. You can play real money 3 card poker and give your bankroll a boost with the amazing welcome bonuses and other offers that you’ll find at the best online casinos.

Not sure which online casinos are the best? Check out any of our recommended sites and you will be directed to a casino that is secure and reliable with the best games and bonuses.

If you can’t find Three card poker at the online casino of your choice check that it isn’t available under a different name. Several casino software developers have branded their own versions under another name. You’ll find it is only the name that has changed with the same layout, rules and bets in place as the standard game. Some of the substituted names are Triple Edge Poker, Trey Poker and Tri Card Poker.

This isn’t that different from the standard 3 card game except you can play with up to five hands at any one time. If you have mastered the traditional game and your bankroll can handle the increased wagers then it could be a fun variant to play.

These days the majority of new users of online casinos prefer to play three card poker and other amazing casino games from their mobile devices. Online casinos are now optimized for touchscreens and cater for most phones and tablets. Sign up to a mobile casino if you want to play three card poker on the go from your Android device, iPhone or iPad.

If you don’t think the three-card poker games you experience at an online casino can match those of a land-based casino think again! Live dealer three card poker is an interactive and immersive game played in real-time with real cards being dealt. You’ll be able to interact with the professional dealer if you have questions you need to be answered and you can talk to other players in the chatbox. If you like the social aspect of casinos this is ideal but it’s entirely optional for you if you prefer not to socialize.

Three card poker is an action-packed game that is easy to learn and requires just the right amount of strategy to make it an exciting casino option. It only takes a few minutes to learn and won’t be overwhelmed with lots of rules or betting options like some casino table games. Play 3 card poker for free at an online casino and you’ll be sure to get the hang of it in no time. 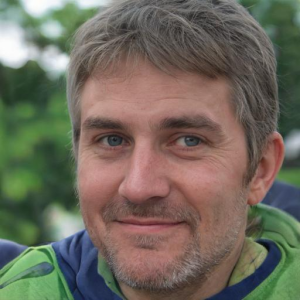 In this article, we are going to take a look at some of the best betting systems for roulette. In the long run, the casino